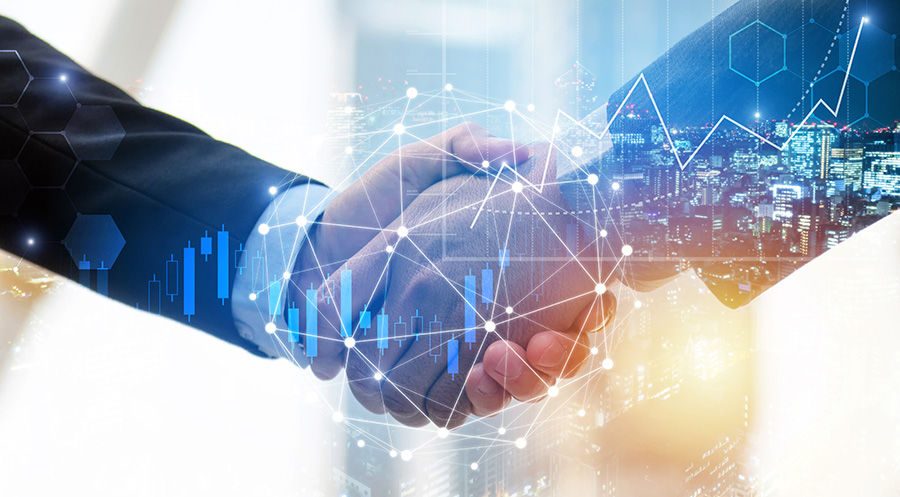 Data centers today are a far cry from what we have been used to seeing in the past. Less a case of raised flooring and I/O devices liberally scattered around with interfaces to channel processors almost as big as the central processing unit. One data center manager even went so far as to have a plaque in his office that read, “It’s not a computer unless I can walk through its channels!” However, despite this, the traditional data center still holds sway for most enterprises as there remains enterprise solutions that can be best served from systems buried in basements or even in old repurposed warehouses.

The photo above doesn’t look like a data center. But upon further inspection it is the needed infrastructure to support a modern data center. Long gone are the deep false floors of the past, but still, the relative compactness and integration requires energy and cooling. At installations such as this Google site in Georgia, it looks more like an oil refinery and spotless as it appears, we all know that there are sibling deployments all over the world.

For the NonStop users and for the applications that NonStop supports, long gone are the days of just a single deployment somewhere within the enterprise. Today, there are more often than not a second and even a third deployment. As many as five deployments have been encountered here in one of the North America companies and it’s probable that they are not a sole occurrence.
With the current modernization underway at most NonStop sites as the new x86-based NonStop systems are deployed, they too have changed what we always discerned as a NonStop system. Disappearing, as it were, within row upon row of what at first glance appears to be industry-standard servers. But no matter the models chosen for deployment and the number of deployment sites, there is still a requirement for data replication to ensure business continuity, no matter what!
In a recent article appearing in the April issue of NonStop Insider, NTI together with TANDsoft brings to market a better way to ensure your replicated data is in sync! data replication is the theme. NTI introduces its latest product offering designed such that whenever replication between sites is instigated, assurances can be given as to how closely synchronized are the two sites’ databases:

“For NTI, data replication remains the major product in its growing product portfolio. With the emphasis given to data and a strategy that has given rise to PROVisioning: Excellence in Data as an overarching umbrella in support of data integration, transformation and distribution it is still data replication that attracts most of the attention.

“Data Replication has always been about protecting data whereby any single system outage can be circumvented in a manner such that the application isn’t interrupted and any user experience compromised.

“And now, NTI is building on the relationship with TANDsoft to bring to NonStop users the latest product of TANDsoft – FS Compare – and it can be purchased from NTI.

“As the name suggests, FS Compare is a highly efficient way to quickly check to see if data present on two different NonStop systems is in sync – a DB Repair utility from TANDsoft, aimed at complementing FS Compare, is already available as part of the EAP. According to Tim Dunne, NTI’s Senior Vice President, Worldwide Sales, ‘the partnership we enjoy with TANDsoft means that current and future users of DRNet®, NTI’s popular data replication solution, will have the option to deploy FS Compare to quickly identify potential synchronization concerns.’

To read this article published in the April 2020 issue of NonStop Insider, simply click on the hyperlink above or cut and paste this link into you browser –
https://www.nonstopinsider.com/uncategorised/nti-together-with-tandsoft-brings-to-market-a-better-way-to-ensure-your-replicated-data-is-in-sync/
This article in NonStop Insider preceded a later update published in the April issue of Tandemworld, The Power of Partnerships … where further insights into NTI data replication and its addition of FS Compare to the NTI product portfolio:

“The partnership between NTI and TANDsoft dates back to when first NTI added TANDsoft’s FileSync product to NTI’s data solutions. Of particular interest to NTI and its customers was FileSync’s ability to replicate and synchronize non-database files, including edit files as well as objects, source, blobs and TACL files. ‘Given the early success we experienced we have now added to our product offerings support for TANDsoft’s FS Backup and Restore and FS Compare,’ said Dunne. Shortly, there will be further announcements coming as NTI adds FS Repair to its product portfolio.

“‘We have seen the power of partnership that comes from working with others to ensure a wider reach of the products we develop,’ said Di Giacomo. ‘In the case of FS Compare, its high-speed data comparison capabilities are due to data deduplication hashing, block-level analyses, and parallel processing.  As such, it will allow DRNet® users to replicate their data while at the same time deploying discrepancy reporting so rapid that it takes place within minutes, not hours.’”

Look for this post following the publication of the April issue of Tandemworld.
We continue to monitor the NonStop event calendar and are remaining flexible as to when and where NTI will next be participating at a RUG or GEO meeting, but hopefully it will take place soon when it is safe to do so. To stay informed continue to keep watching for further posts to the NTI web site as we are looking forward to discussing our growing product portfolio with you.
https://network-tech.com/
#TimDunne# DRNet