The NTI team meets in Ohio and the news is all good! 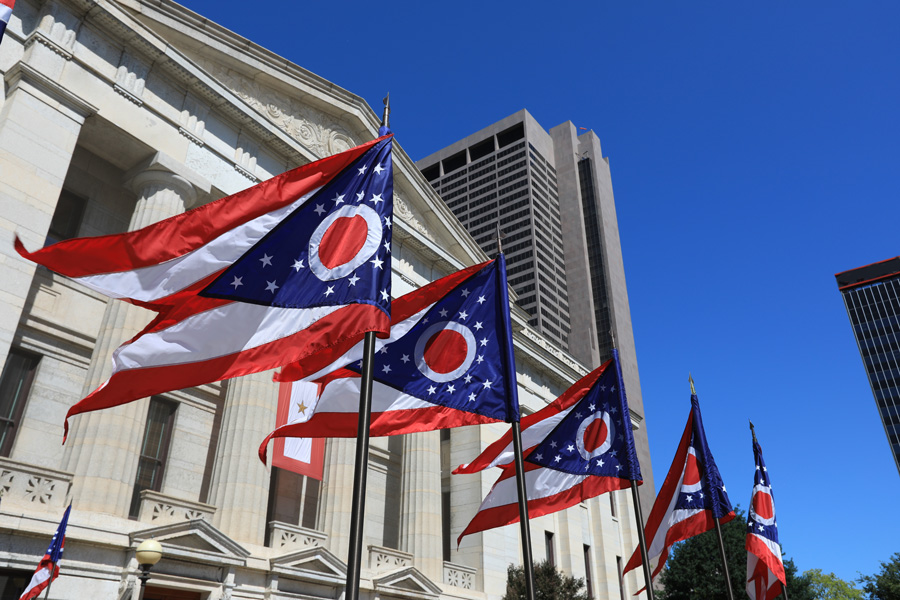 Spending time on the road never surprises anyone who follows our posts to any of the blogs we support. It’s all part and parcel of the way we interact with the NonStop vendor community and is the routine manner by which we communicate the changing industry landscape. Whether it is presenting at a RUG event, participating in a webinar or simply catching up with former colleagues, the common thread connecting everything we do is NonStop. And with that, and the passion with which I address NonStop products and features, we are being kept very busy of late as HPE continues to push the boundaries in its support of NonStop solutions. However, this most recent road trip to Columbus, Ohio, proved to be anything but a routine event! We haven’t previously made the trip to NTI’s head office and had only met just a few of the team members at RUG meetings. This time we met with all the folks behind the DRNet® products and we are pleased to report, NTI has a great team supporting its product line.

We had been invited to join an executive session held over a couple of days where the focus was on formulating fresh messaging that would more accurately promote the depth of new and existing capabilities of DRNet®. NTI is a company that has been an integral part of the NonStop community for many years and that originated d the key NonStop technologies, including the Change Data Capture (CDC) model we hear so much of late. NTI has pioneered this technology to better support data whether it was being replicated to a DR site or simply integrated into other systems and solutions. It really did surprise us that NTI’s “products reach” is as comprehensive as it is today. Some of the biggest NonStop users on the planet continue to rely on DRNet® for all their data needs.

The NTI executive session included representatives from sales and sales operations as well as development and support and the presence of Margo and me, as outside consulting marketeers, proved to be a good opportunity to hone in on all that is central to what NTI provides. And yes, it’s all about data. Whether it is being replicated, integrated or transformed there is always a need to move data and with so much marketing being done in support of Hybrid IT, as is the case with HPE, it doesn’t escape any of us that the need for data to be replicated, in real time, is becoming a huge requirement of all enterprises globally. NonStop may run the transactions of the world but NonStop systems are also the source of much of the world’s most relevant data – what society is doing, right now! In a world where everyone is connected and where everything computes, the loss of data for any reason oftentimes results in a business’s customers turning to a competitor for products or services.

The results from this executive session are only now being worked up into programs you will all get to see shortly. Some messages will be seen in upcoming presentations at RUG events held in the furthest corners of the world. Other snippets of messaging will appear in posts and commentaries on this blog and on the NTI web site. Even as these messages are being formulated it’s important to realize that at NTI, the world of Data and its importance to business everywhere, is recognized even as the world where data needs to end up is changing. Splunk, Hadoop, AWS – S3, Clouds, Edge etc. were unfamiliar programs that few in the NonStop community had heard of just a short time ago and yet, the role they will be playing in nearly every business’s shift to enriching transactions with the input from analytics, in real time, is inescapable. Not forgetting either the real moves to NonStop X happening together with the first virtualized NonStop product beginning to ship. And at NTI, in support of these migrations, the new and existing capabilities of DRNet® are only just becoming apparent. Watch for more news to break shortly on all of this and in the meantime, if you have the appetite to hear more about where NTI is headed, simply visit the NTI web site or reach out to Tim Dunne, NTI Senior Vice President, Worldwide Sales. Either way, you will not be disappointed by the messages conveyed. Yes, it’s all about data!
#TimDunne