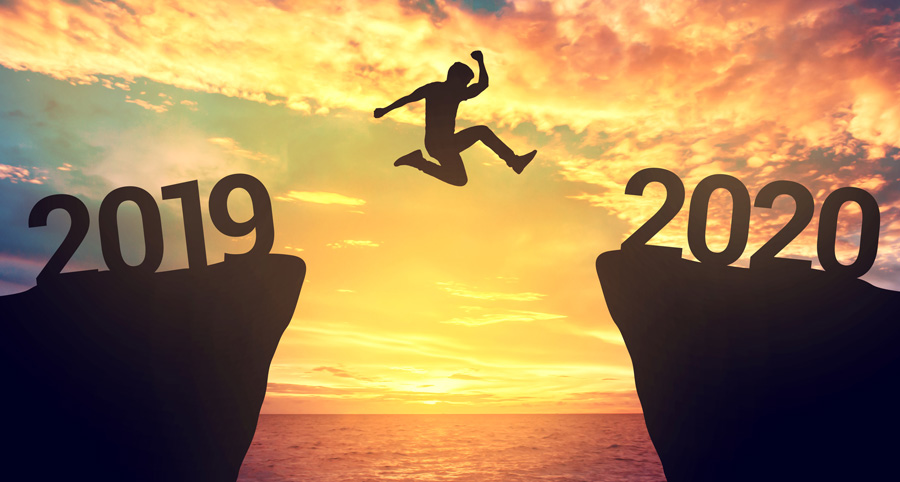 Today there is visibly more enthusiasm over the future of NonStop within HPE and it comes from the top, with executives talking openly of how they see the role being played by NonStop growing in importance. After all, as we heard said frequently in 2019, when it comes to NonStop then yes, we create the data! In today’s highly connected world, where access to data is instantaneous, having the right data in the right place is of paramount importance where data created on NonStop continues to be the freshest and highly valued and in an environment where HPE is telling CIOs that data is the new currency of business it’s pleasing to all NonStop stakeholders to hear of NonStop being talked about in this manner.

Igniting the level of enthusiasm now in evidence among the NonStop team has secondary effects on the NonStop community that too are quite noticeable – a renewed enthusiasm for NonStop. As contagious as such enthusiasm has become it’s just the start, as the major role data replication has played in service of many NonStop users its adaption to support more data related activities is becoming more widely known. Within the NonStop community there is a growing awareness that the tools and utilities that served them well supporting business continuity can also serve them well when it comes to providing business insights.
HPE has done a very good job in articulating its vision and its strategy as it shifts from low value / high volume business to the more profitable high value / lower volume business that is now the real world of enterprise IT. The focus of HPE has evolved from simply transforming to hybrid IT to where it’s all about the Core and the Intelligent Edge and the availability of XaaS – “everything-as-a-Service.” The realization the NonStop can now run virtualized, be supported as a guest of VMware and in all likelihood begin making an appearance in enterprise private clouds holds the promise for an exciting year ahead of us all. 2020 should be a year to watch and for NTI it’s a year where there is evidence already surfacing of global opportunities for more growth than it has seen for many years.
According to the article just published in the December 2019 issue of NonStop Insider, NTI – No indications of stopping NonStop in 2020 and there are no signs of stopping DRNet ® the impact on NTI is clear:

For NTI, it’s a reinvigoration, where the NonStop teams overall enthusiasm is in turn fueling NTI’s enthusiasm to the extent that in 2019 NTI proudly unveiled its vision and strategy for DRNet® and supported the messages associated with its stated vision and strategy by delivering product into the marketplace.

The message of this December 2019 article published in NonStop Insider focused on just how excited NTI is about its prospects in 2020. Already NTI is seeing renewed interest in NonStop and we are watching migrations to NonStop X accelerating as the New Year kicks-off. As for virtualized NonStop, there is a lot to discuss and replicating data is high on the list of tasks NonStop users have already identified as being crucial to the modernization programs on which they have embarked as part of their migration pursuits. As for gaining business insights then this not only means replicating data but ensuring it can be consumed by popular technologies such as splunk>.
This interest by enterprises in gaining greater business insight through data integration was noted by Tim Dunne, NTI Senior Vice President, Worldwide Sales:

“DRNet/Vision® for Splunk> was just the initial offering addressing the integration of NonStop data with the Splunk> platform.

“However, with the approach we elected to take together with roll-out of our JSON support that displaced the now-optional intermediate staging server and database, DRNet®/Vision  is the Business Intelligence offerings agnostic and supports any that our customers may have chosen.

“Furthermore, DRNet®/Vision for Splunk> capably supports ACI’s BASE24 and a Connex Proof of Concept is nearing completion.”

DRNet/Vision® for Splunk> is just the beginning for NTI as the company adds support for Hadoop, Kafka, ELK and more. Adding support for JSON has allowed NTI to address opportunities that support of JDBC alone made problematic. “Within our customer community there is a growing awareness that integrating business data created on NonStop with other data warehouses and data lakes that allows our customers to capitalize on new solutions for analyzing and displaying data are just as important to them as business continuity,” said Dunne.
To read about NTI and its prospects for the coming year, read the full article just published in the November 2019 issue of NonStop Insider, NTI – No indications of stopping NonStop in 2020 and there are no signs of stopping DRNet®
or simply cut and paste this link into you browser –
https://www.nonstopinsider.com/uncategorised/nti-no-indications-of-stopping-nonstop-in-2020-and-there-are-no-signs-of-stopping-drnet/
And when it comes to planning for 2020, the next major NonStop event will be held in Berlin, Germany:
HPE NonStop HotSpot / IT-Symposium (Berlin) May 4 – 6, 2020, should prove to be the highlight of the European event season -
http://www.gtug.de/HotSpot2020/hotspot.html
Not forgetting:
SunTUG (Florida) February 28, 2020
And looking further out:
NonStop TBC (Burlingame) November 16 – 18, 2020
#DRNet®/Vision# TimDunne# DRNet