NTI - integration and replication; key capabilities all NonStop users are looking for in DRNet 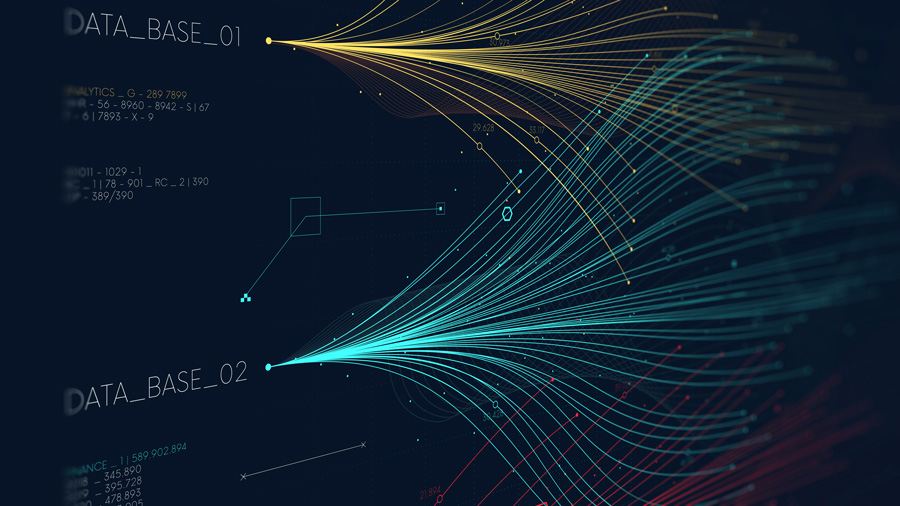 In last month’s article, we opened with the observation, “Data; it’s about data!” and that, according to Gartner, “Today, disciplines are merging and approaches to data and analytics are becoming more holistic and encompassing the entire business. Forward-thinking organizations are already on this path.” In the weeks that have passed, nothing from HPE or the NonStop vendor community dissuades us from the importance of data – there is a reason, after all, why we call our operations the data center and why we refer often to our data processing. When you think about it, even Information Technology (IT), and the way we label our industry and our professions, is a continuation of this theme of data. It is turned into information and without data enterprises would be hard pressed to make informed decisions.

In that article we also noted how CIOs everywhere are looking at the impact of Artificial Intelligence (AI) and are giving a lot of thought to how best to capitalize on augmented reality and deep learning. However (and without revisiting the topic of AI), no matter which way you cut it, it’s still all about the data and having data in the right place, at the right time, uncompromised and complete. For the NonStop community, this isn’t a surprise as, for many years, solutions that demand 24 x 7 operations with data integrity have been running on NonStop! And the fresh data these solutions have been generating, in real time, is highly sought after as it reflects all that is transpiring in the real world.

But storing fresh data in databases on NonStop systems isn’t the end of the story. There are so many applications running on platforms other than Nonstop that can benefit from the data generated on NonStop that getting the data off NonStop and integrating it with enterprise-critical data warehouses and data lakes is becoming imperative. Data that is inaccessible is information lost! Products that once excelled in replicating data are now being called upon to support integrating data – using the same Change Data Capture (CDC) models first demonstrated in the pursuit of replication now showcasing new properties when the targets are off-NonStop databases.

This is the theme of an upcoming article to be published in the March / April 2018 issue of The Connection, Data is King: What NonStop Mission-Critical Applications Can Learn from Formula 1. Look for it when this issue is published as it acknowledges that even as we all realize there is a need to ensure data is never lost or taken offline for any reason we also recognize that DRNet is among the premier product offerings in moving data and ensuring its integration with data from other sources, that ultimately provides enterprises with more meaningful information. DRNet has been moving data for many decades now and is relied upon to ensure the degree of availability and integrity IT demands. But DRNet has now been enhanced to the point where it is making a strong case for NonStop user consideration when it comes to the all-important task of data integration.

HPE NonStop is on a journey and HPE has invested large sums of money to make it less proprietary and more appealing to enterprises. NonStop today provides a number of options as to how and where it is deployed and this has all come about as HPE continues to pursue its main strategic objective of simplifying the transformation to hybrid IT – a hybrid world, in fact, where NonStop will not be an outsider but an active participant. There hasn’t been any thoughts given to the possibility of NonStop being non-core for HPE, but rather, NonStop continues to play a very special role within HPE, perhaps best demonstrated when HPE IT elected to put NonStop at the very center of its updated data center operations.

In the post of February 28, 2018, to the LinkedIn blog, NTI embraces NonStop and hybrid IT with DRNet/OPEN reference is made to HPE and to the financial success it enjoyed in Q1, 2018. According to a post to the financial blog, Seeking Alpha, financial industry blogger Gary Alexander, wrote of HPE in very positive terms. “Hewlett Packard Enterprise has been a messy company ever since divorcing from the PC and printer side of the business, intending to become an enterprise-software and IT-driven company.” But now, Alexander posted, “After years of ‘business as usual.’ HPE looks ready to break out and grow again.” And why? “It does seem that HP has latched onto its key strengths in IT infrastructure and backend technologies; and as evidenced by the growth this quarter, it still has a large stable of customers that continue to spend on HP products.”

All of which, as noted in the post to Pulse, is to confirm what NTI is seeing in the marketplace and reflects choices NonStop users are making even as it validates decisions taken by NTI.  Not surprisingly, when it comes to moving data there is a strong chance that the target database will be something other than NonStop SQL. And for a product like DRNet, to be effective in hybrid IT, it needed to support NonStop AND open platforms! That is the reason why NTI elected to complement its NonStop product offering with support for Open Platforms and this includes Linux, Windows and Unix. As HPE promotes and financial analysts confirm, it is a hybrid IT world. “There are customers running hot backup or active / active between HPE NonStop systems who also desire to push data downstream to a JDBC-compliant database such as IBM’s DB2, Microsoft’s SQL Server and Oracle,” said Tim Dunne, Senior Vice President, Worldwide Sales, NTI.

Last month’s article drew our attention to data and not much has changed over the past weeks – it is still all about data. What continues to evolve is what elevates products into the ranks of premier offerings is that data replication is being complemented by data integration – the two capabilities that are very important for all members of the NonStop community and these are capabilities available today with DRNet. We may have missed seeing you at the RUG event in Tampa Florida, but we will be attending many more RUGs this year so look for us. We won’t be hard to find. We will have updates for you on both DRNet and DRNet/OPEN. And you will find us being only too happy to discuss how best we can address your needs for data replication and data integration.

NTI: Pioneers do it first!