Has the time come to “Cluster Clouds” for even greater levels of Availability? 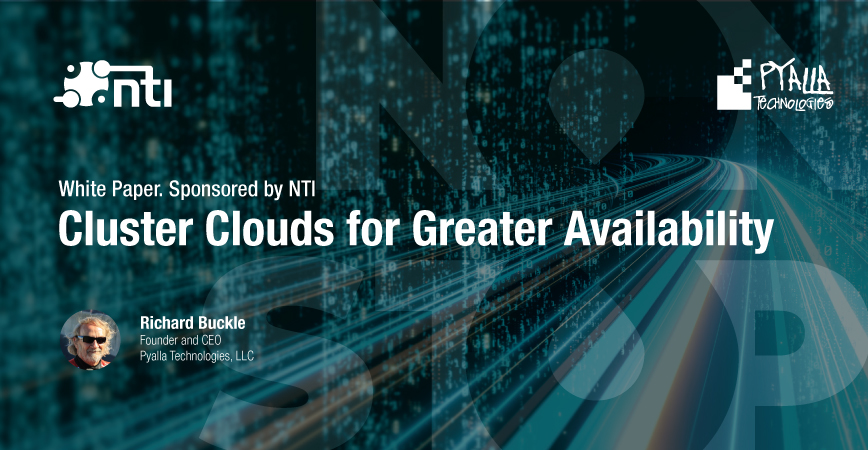 When NonStop announced support of the Intel x86 architecture it began a journey that continues unabated to this day. It signaled a major sea change as the NonStop team embraced NonStop as software. What followed was NonStop foregoing running solely on traditional systems and setting its sights on supporting virtual machines.

“With the option to run on virtual machines NonStop, as software, has the ability to run within clouds bringing the cloud experience to NonStop even as HPE can count on NonStop participation within the edge to cloud platform as a service,” said Tim Dunne, NTI Global Director Worldwide Sales.

There may be questions about what contributions NonStop might be able to make with the continued embracing of cloud services and yet one requirement of clouds stands out above all else: Resilience.

There have been enough outages for CRN to publish The 10 Biggest Cloud Outages Of 2021 (So Far). As for the tag line, it was rather long but managed to sum up the predicament of many affected at the time:

Outages can mean the end for companies, depending on their choices in design and deployment, or they can be complete non-events,’ Miles Ward, chief technology officer at Los Angeles-based Google partner SADA Systems, tells CRN. ‘Cloud has changed the nature of outages.

But then, CRN highlights something that should warm the hearts of many in NonStop, particularly at this time of year. Consider it your early arrival of your Christmas gift:

Every cloud engineering team has seen how impossible it is for customers to engineer around these kinds of outages and is working hard to distribute, subdivide, and make fault-tolerant these central services,’ Ward said.

Consider this a request for NonStop to enter the arena and do what it’s always done for more than four decades. Make the sum of the frailest components fault tolerant; the driver propelling NonStop software even deeper into the world of cloud services. It is this further extension of the NonStop journey that may surprise many but it cannot be ruled out entirely. It is this future for NonStop that is the subject of the latest white paper by Pyalla Technologies that is being hosted by the NTI team and can be downloaded as a PDF using this link - https://network-tech.com/whitepapers