NTI – it’s a hybrid IT world where DRNet contributes! 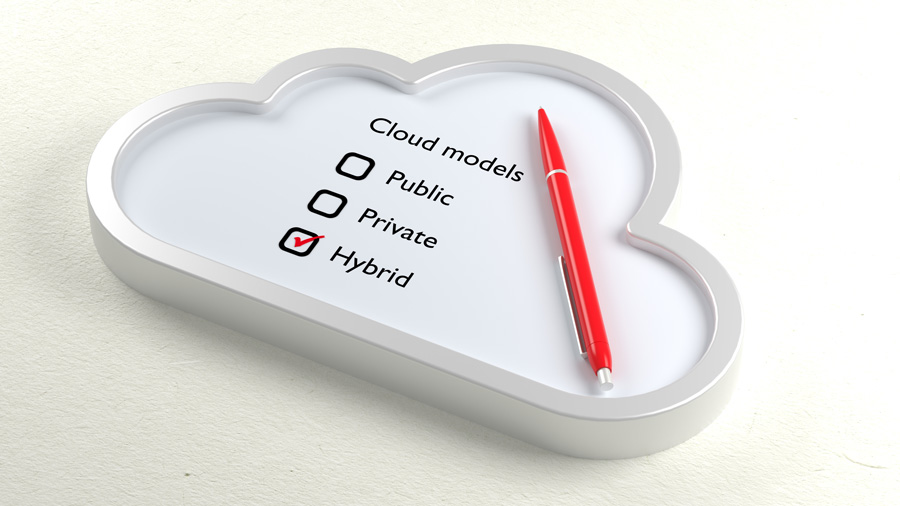 Where HPE is taking NonStop today isn’t proving too surprising for the NonStop community. In fact, where NonStop is headed is a direction sorely needed by NonStop customers, big and small. The first step in the journey for NonStop came with the port of NonStop to x86, the migration of the interconnect from proprietary ServerNet to InfiniBand (IB) and more recently, to RDMA over Converged Ethernet (RoCE), and then a second step that saw an even bigger shift for NonStop as HPE complemented current support for physical machines with support for NonStop of virtual machines. Yes, NonStop is on a journey and that journey is going to better align NonStop with the major initiatives within HPE to simplify a data center’s transformation to hybrid IT.

Under newly-elevated HPE CEO, Antonio Neri’s, direction HPE has divided itself into three core businesses. The major business (and the most relevant for the NonStop community) is called Hybrid IT and it is comprised of the compute, storage, and datacenter networking businesses that are the core of the new HPE. This is where NonStop lives and this is where we will see the most changes happening with NonStop as HPE and the NonStop development team pursue efforts in support of hybrid IT.

As the digital publication by ZDNet reported in a February 23, 2018, article for data center managers, HPE's hybrid IT approach pays dividends in Q1: Will growth continue? hybrid IT is driving much of the investments HPE is making in 2018:

“Hewlett Packard Enterprise's bet on hybrid IT and move away from commodity servers appears to be paying off,” according to a report published in ZDNet, February 21, 2018. “HPE's hyper-converged infrastructure, approach to hybrid IT, storage (Nimble and 3Par) and intelligent edge (Aruba) businesses are faring well.”

This focus by HPE on hybrid IT that includes everything inside the data center, including potential cloud utilization, as well as what’s happening out at the edge with IoT is in response to the volumes of data we are seeing being produced that will be forcing changes across the enterprise. The journey to hybrid IT is well under way for nearly every enterprise!

“Unmistakably, NonStop is now part of the bigger journey that HPE has embarked upon as it fully embraces hybrid IT,” said Tim Dunne, Senior Vice President, Worldwide Sales, NTI. “DRNet is participating in this journey to hybrid IT, helping NonStop users exploit adjacent systems whether for replication or integration and whether those systems are mixes of different generations of NonStop or clouds. We heard first hand at recent RUG events of how NonStop development has readied a microwave-sized, desktop NonStop 2 system, to better help our NonStop users develop virtualized NonStop workloads – an important prerequisite that NTI sees their customers needing as they too participate in a journey of their own to deploying virtualized NonStop on- or off-premise.”

According to a March 6, 2018, post to Enterprise.nxt, “Surprise! You're running hybrid IT” by contributing writer, David Chernicoff, when it comes to the data center:

“Those rogue developers and business guys who started using cloud for storage, applications, and development have gotten the message, and IT is now aware of those efforts throughout the company. Congratulations. And whether you realize it or not, you are now fully committed to the hybrid IT business computing model.”

This isn’t news for NTI as this has been influencing the priorities set for DRNet. As Chernicoff so rightly says:

“Hybrid IT is the new normal. Whether you are currently running a hybrid IT environment, are looking to get control of shadow IT using cloud services, or building out your next-generation data center, hybrid IT will play a significant role.”

“Data centers of the future will be designed for specific roles, such as edge computing or backup, and support flexible, on-demand provisioning, consumption, capacity, and security.”

NonStop is on a journey and NonStop development has invested large sums of money to make NonStop less proprietary and more appealing to enterprises. Hybrid IT is the new normal and NonStop is becoming a big part of this new normal. It is also an environment where specific tasks, such as backup, are well understood by NTI. If you missed reading the latest feature on NTI as published in the March issue of NonStop Insider, HPE continues to pursue its main strategic objective of simplifying the transformation to hybrid IT – a hybrid world, in fact, where NonStop will not be an outsider but an active participant. There haven’t been any thoughts given to the possibility of NonStop being non-core for HPE, but rather, NonStop continues to play a very special role within HPE, perhaps best demonstrated when HPE IT electing to put NonStop at the very heart of its own data center of the future.

At the upcoming May, 2018, GTUG event to be held in Leipzig, given how HPE is promoting hybrid IT as strongly as it is today, NTI will be presenting more information on just how DRNet is ideally placed to support participation of NonStop within hybrid IT with the lowest TCO and the best ROI. Yes, it is a journey as HPE so rightly notes, but it isn’t a journey that you need to take on your own or where you need to mortgage all of IT to participate. NTI encourages all attendees to join us as we provide an update that highlights how, in a hybrid world, DRNet on NonStop can replicate data to open platforms without any need for additional licenses – one license for both source capture and target delivery. And if you need to know more about NTI, hybrid IT and the journey every enterprise is on, don’t hesitate to reach out to us – you can reach us through  email at sales@network-tech.com We look forward to hearing you and yes, seeing you all at GTUG in May, 2018!